Leadnow currently has a small, dedicated staff team, and many amazing volunteers and advisors who support our work. 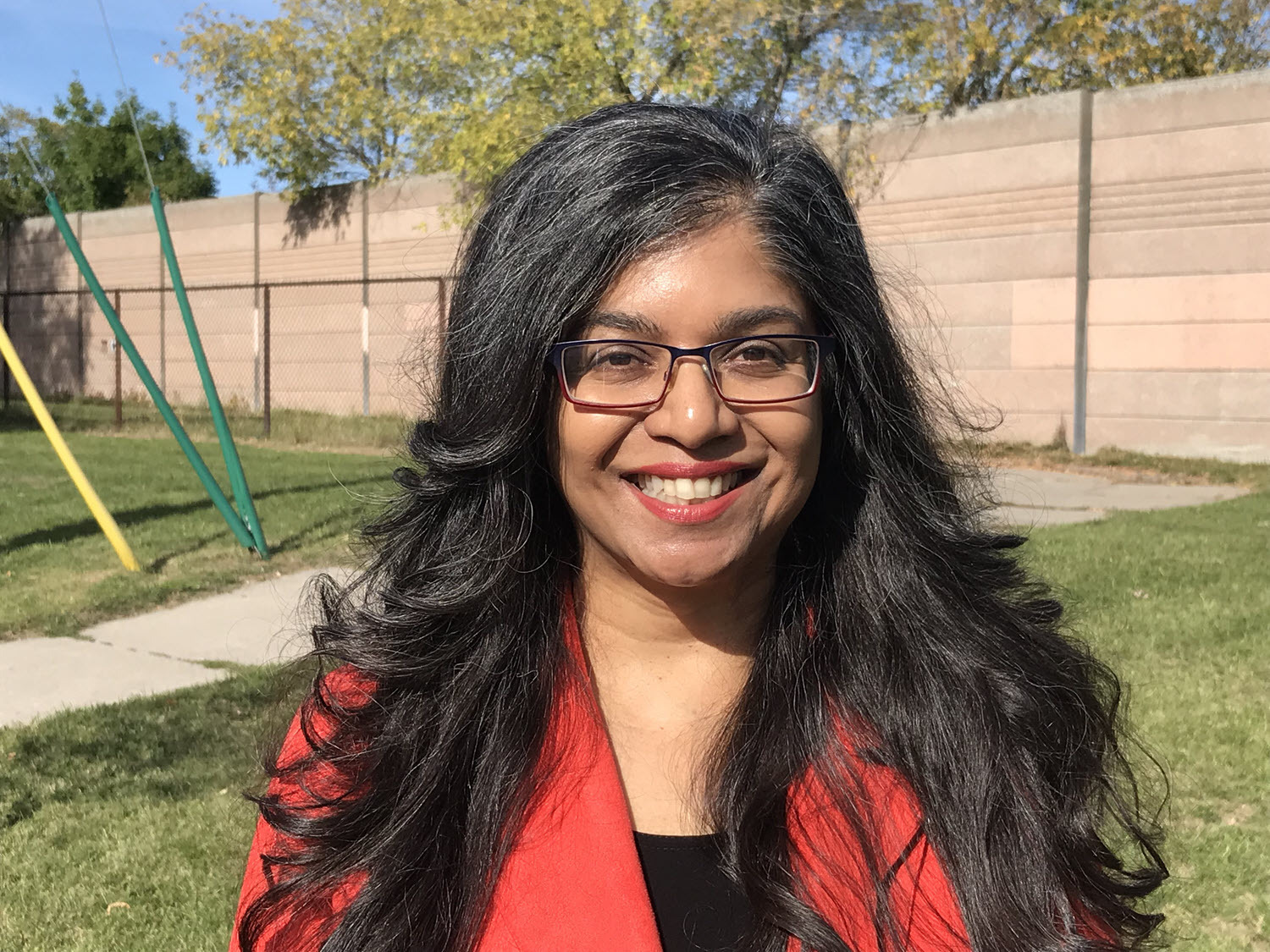 Shanaaz has been a life-long human rights activist since she began her career advocating for racial justice, equity and meaningful inclusion as a teenager in Halifax-Dartmouth, Nova Scotia. She has over 30 years of leadership experience in the non-profit and private sectors and is an emerging governance expert on systemic racism and discrimination. Shanaaz joined the Leadnow team in 2014 as our Operations Manager and later left to pursue an executive role at Dying with Dignity Canada (DWDC). She is the former CEO of (DWDC), and in 2016, she ushered in a new national human rights movement supporting assisted dying and other end-of-life issues. Under her leadership, DWDC emerged as a key player in Canada and internationally on the assisted-dying file with successful court interventions, strategic government relations, legislative advancements, public mobilization campaigns, $5-6 million in earned media, and national fundraising recognition with the Moe Davies Award for fundraising excellence. Shanaaz was the Chair of Amnesty International Toronto Organization and on staff with Amnesty International Canada, Innocence Canada and most recently, was the CEO of Fast and Female. And she has been a board director on national and local charities. As a mixed-race immigrant, woman and person with disabilities, Shanaaz brings both a human rights lens and an intersectional framework to interrogate and challenge systems of power, discrimination and oppression. 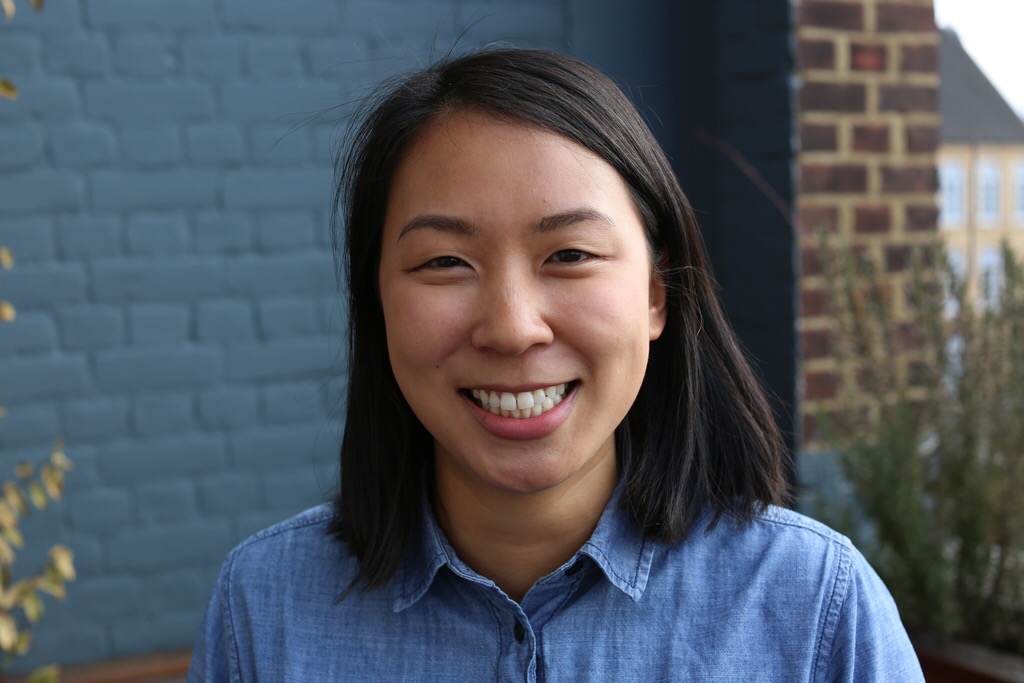 Maggie (she/her) joined Leadnow after a five-year stint in London, where she was Head of Campaigns at 38 Degrees, one of the UK’s largest digital campaigning organizations. There, she led campaigns on a wide range of issues - like Brexit, media democracy, and building transparent and democratic trade policy. Maggie had her first experience of people-powered campaigning at Leadnow, as a volunteer organizer for the Vote Together campaign in 2015. That experience of hundreds of people contributing a few hours of their time here and there, because they believed in taking action together to transform politics, helped fundamentally reshape how she thought about social change. Now, as Campaigns Director, she leads on setting strategy and working with the Leadnow staff team and community to build people-driven campaigns that shift power. Before making the jump into campaigns, Maggie led youth programs in her local community. In her spare time, she enjoys powerlifting, exploring the outdoors, and cooking tasty food. 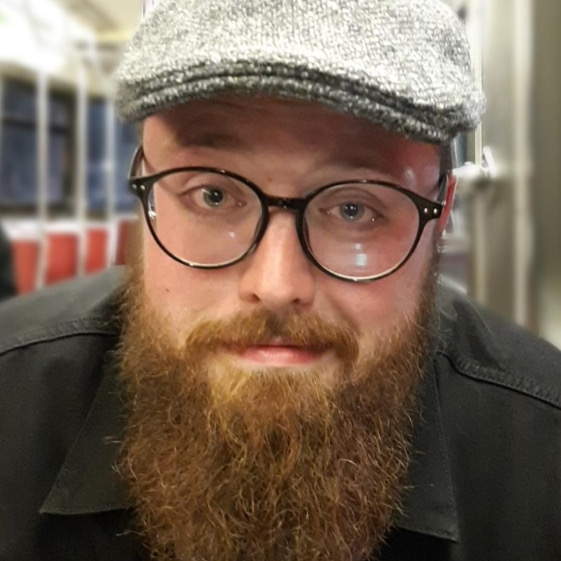 Zola McAdie is a software developer with experience in civic and gov tech. Before joining Leadnow he was part of the Code for Canada fellowship where he partnered with the Ontario Ministry of Agriculture to develop a data management solution for plant health data. He has also spent the last few years teaching web development as a mentor and lecturer with Lighthouse Labs.

Before getting into tech, Zola studied music production and played music across Canada, picked strawberries in New Zealand, and spent two years as a professional fundraiser knocking on doors for MSF, Greenpeace, Amnesty International, and others in Victoria, BC.

Born and raised in Toronto, Zola spends his time-off playing board games, walking through the Toronto ravines, and playing guitar at the neighbourhood Sunday night jam. 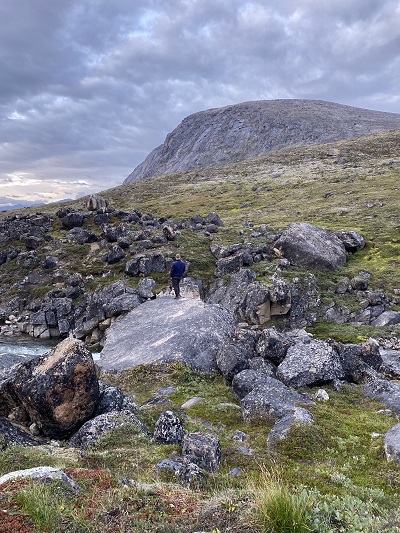 Dan (he/him) has been involved in the environmental movement for 20 years. Initially involved in campus organizing, specifically organizing around post-secondary institutions divesting from fossil fuels. His first experience with community organizing was with the Industrial Areas Foundation in Jersey City where 3 Fortune 500 companies dumped toxic waste in communities 70 years ago, refusing to clean up their mess. Dan shifted to frontline service work and has been working with people experiencing homelessness through street outreach work and the shelter system for the last 10 years. Most recently Dan has been organizing with Showing up for Racial Justice (SURJ), and prior to that worked on campaigns to raise social assistance rates in Ontario and environmental issues in Southern Ontario.

Tim's eclectic background has included careers as a rave DJ, freelance writer, gym technician and even a bond market analyst. An immigrant from the US who has lived in Canada since 2012, Tim has brought his jack-of-all-trades approach to the progressive movement since taking a job with the Bernie Sanders campaign in 2016. Now, as an organizer with Leadnow, Tim is focused on empowering people to engage with our democracy, using cutting-edge technology blended with tried-and-tested organizing tactics to take on the Ford government, build up local community organizing, and lay the foundation for an inclusive, equitable, global mass-movement.

Simran joined Leadnow in spring of 2018 and dove right into the Ontario election campaign. Her passion for geopolitics led to a BA Honours in Political Science but left a dissatisfaction with the status quo and a hunger for change. Then she stumbled upon Leadnow. Now, Simran spends her time working on rapid response campaigns. A first-generation immigrant, Simran is particularly vested in displaced persons and creating a world wherein everyone has a place to call home and is welcomed with open arms. She is committed to employing innovative and offbeat tactics to engage youth and minority groups and empowering them to lead the way. She is dedicated to the cause and looks forward to dismantling the status quo with people power.

Peter's campaign experience started at the age of 5, when they used direct action tactics at recess to stop boys from kissing girls against their will. After a hiatus from activism during grade school, since 2008 Peter has been engaged in campaigns for climate justice, voting reform, Indigenous sovereignty, trans rights, and in partisan and non-partisan election campaigns at every level of government. Peter has organized on a wide range of campaigns that has seen them host large scale digital Get Out the Vote events and receive a lifetime ban from the BC Legislature.

In a previous life, Peter was a trained chef. They occasionally go on multi-month solo kayak expeditions and live on unceded Lekwungen territory. 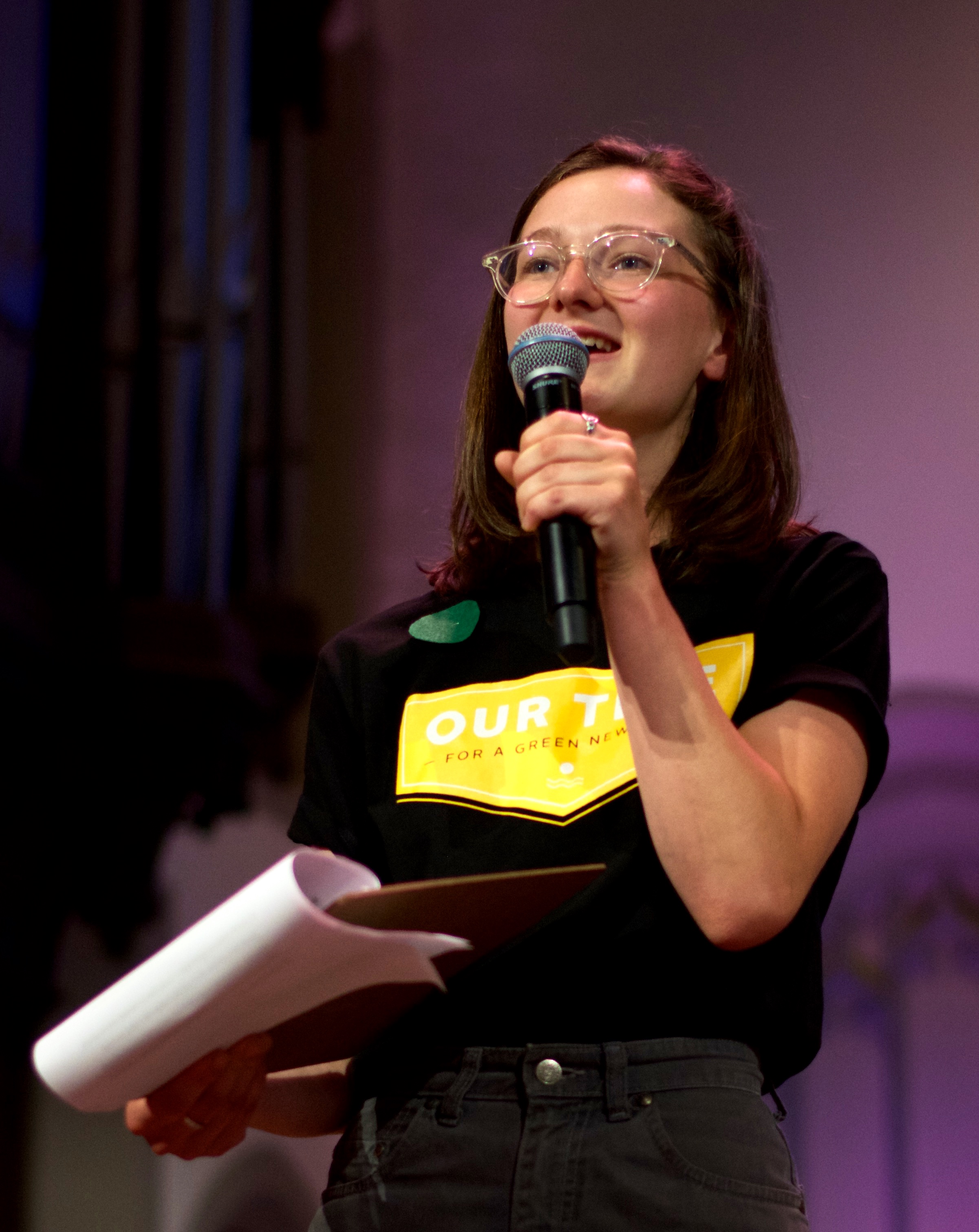 Kate is a community organizer and campaigner with six years of experience in the climate movement. She cut her teeth in the fight against the TMX pipeline, and spent her university years campaigning for fossil fuel divestment.

Born and raised within the territories of the Musqueam, Squamish and Tsleil-Waututh peoples in what is now known as Vancouver, Kate spends her spare time doting on her pup, picking up cool rocks at the beach and dreaming about how to build sustainable and winning movements.

Fun fact: somewhere on the internet, there’s a video of 11-year old Kate explaining Single Transferable Voting for the BC Pro Rep Referendum. 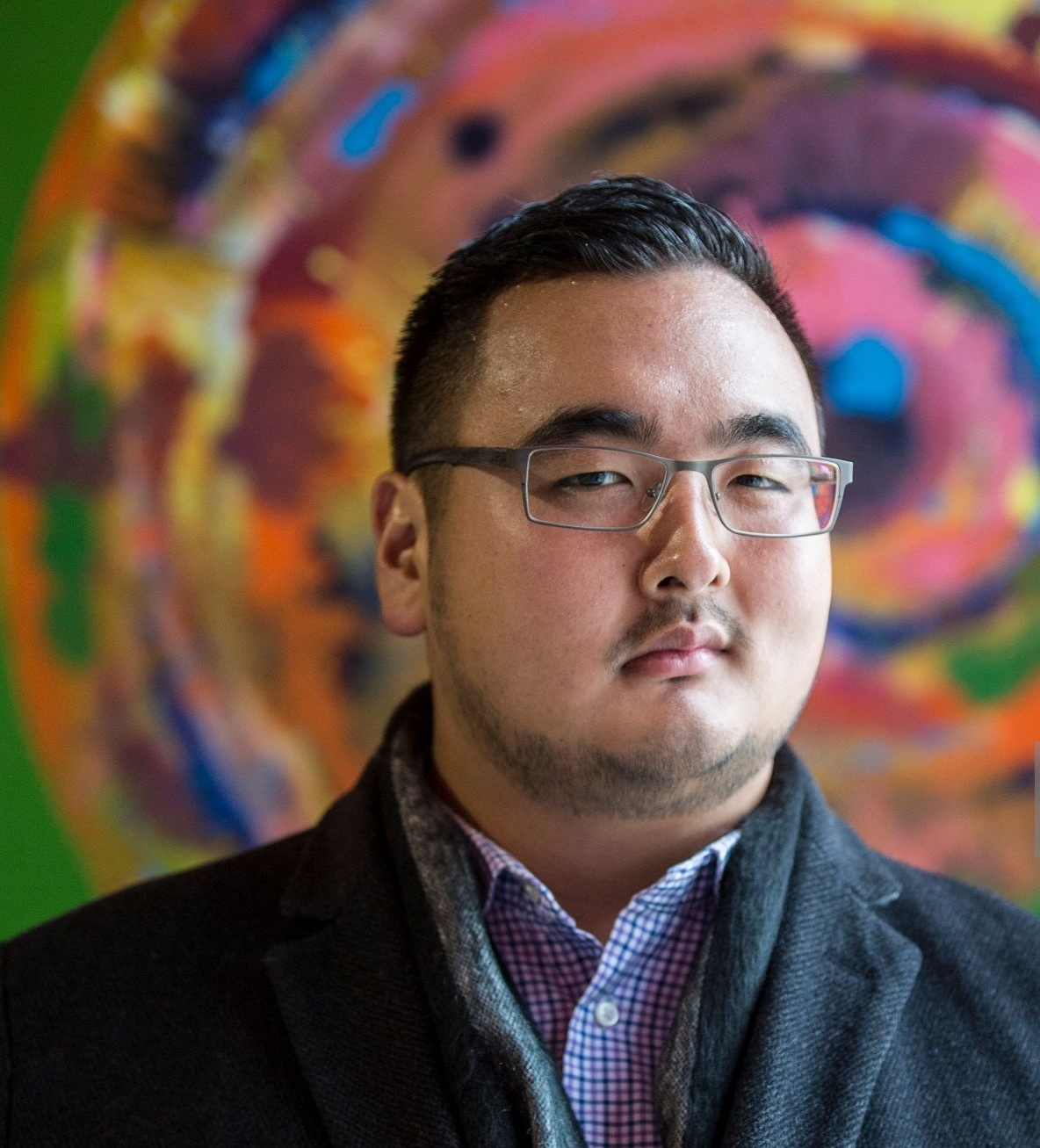 Scott is a digital strategy and research consultant, who is deeply passionate about driving positive social impact. He previously worked at the Institute for Canadian Citizenship, which delivers programs and projects on citizenship, diversity, and inclusion. Scott is a member of the Banff Forum, the BMW Foundation's Responsible Leaders Network, and sits on the advisory board of DemocracyXChange, Canada's democracy summit. He has graduate degrees in international relations and global governance.

Janet’s belief in the power of individuals to effect positive change led to a career in fundraising with Habitat for Humanity in Toronto, and since 2007 with the University of Toronto. Outside her day job, Janet has volunteered in support of several causes. At her church, Janet led a refugee sponsorship initiative, and founded a foot care program for homeless guests. She is a founder of the volunteer-run book store which to date has contributed over $1.4M to the Toronto Public Library. Janet began volunteering with Leadnow in 2015 to campaign for electoral reform, increasing her involvement significantly in 2019 on the climate crisis issue. She is recently married, with two teenage step-daughters.

Jamie was one of Leadnow's co-founders, and served as founding Executive Director and then Campaign Director from 2010 to 2016. Before co-founding Leadnow, Jamie completed a Master’s Degree in political ecology – which is basically politics that takes economic power and ecological integrity seriously – at the University of Victoria. He co-founded two student-led climate and sustainability organizations, and served on the board of a range of social, environmental and educational organizations. Jamie now serves on the board of the World Wildlife Fund of Canada, and he's the Director of Communications and Campaigns for the Centre for Social Innovation.

Fahad Ahmad is a consultant, researcher, and program evaluator who works with social purpose and community-based initiatives to enhance the impact of their mission. He is a Pierre Elliott Trudeau Foundation scholar and is currently pursuing a PhD at the School of Public Policy and Administration at Carleton University.

Prior to pursuing his PhD, Fahad was Chief Operating Officer and then, the interim CEO of Soliya, an innovative nonprofit that mobilizes young adults from western and predominantly Muslim societies to foster greater cross-cultural understanding. He was also appointed the VP of Strategic Initiatives at Search for Common Ground.

Fahad provides consulting services to social justice and arts nonprofits that includes advice on strategic planning, partnerships, governance, and operations. He is the former Chair of the board of directors of Thousand Currents, a U.S. based public foundation that supports Global South grassroots groups led by women, youth, and Indigenous peoples.

Sarah McCue - Board Chair (she / her)

Sarah McCue is a digital campaigns enthusiast. She was a campus activist and spent many years working in Canada’s national student movement before moving into a communications and human rights role with the country's largest union in the private sector. Today, Sarah devotes her energy to supporting social justice, collective bargaining and elections campaigns while spending as much time in the outdoors as possible. Through her work, Sarah was responsible for the largest Third-Party advocacy campaign of the 2019 federal election.

"The most important thing to know about me: I found my voice while organizing to support survivors of sexual and gender-based violence, and strive to use compassion and kindness while campaigning for justice for all." - Sarah

Leadnow relies on skilled, dedicated volunteers to drive our work forward. It’s impossible to recognize every person who’s contributed, and we are thankful to each and every member of our community who’s stepped up.