We've been in touch with an expert projection team who are ready to travel to Stavanger, Norway — the location of the AGM — to project powerful videos of Canadians demanding Equinor cancel Bay du Nord.

If thousands of us chip in to an emergency fundraiser, we can hit go with the projection team and unleash a flood of public pressure in front of Equinor's stakeholders with ads in a popular Norwegian newspaper too.  The AGM is starting this week, so we have to act fast. Help us get thousands of Canadians’ voices all the way to Equinor in Stavanger, Norway.

Here's one of the images we'll be projecting: 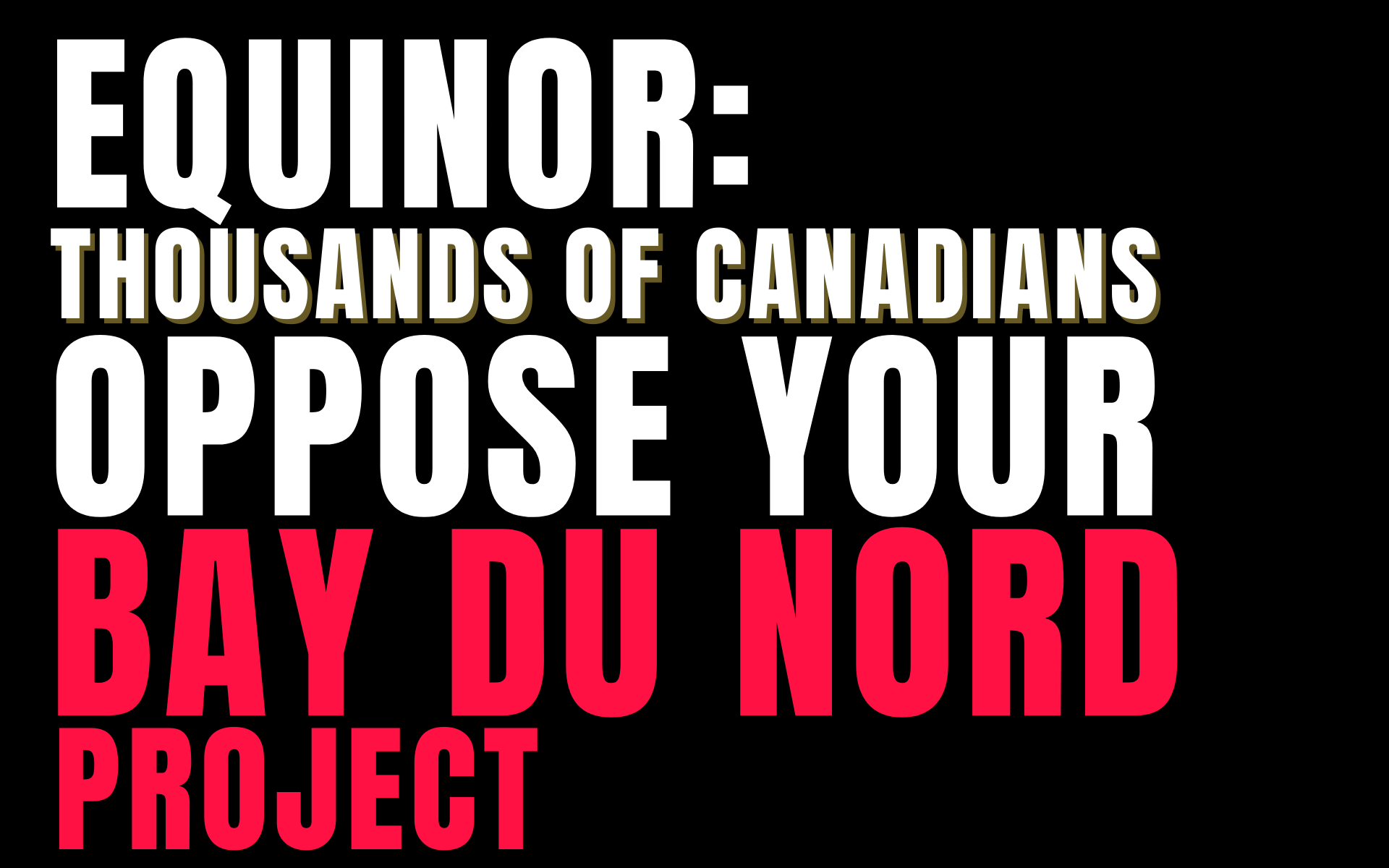 Clicking the button below will open a new window which will direct you to PayPal. Once you've completed your donation via PayPal you will be brought back to this page.

Clicking the button below will redirect you to PayPal. Once you've completed your donation you will be brought back to this page.

You will receive a confirmation email,
if you do not please contact [email protected]

Thank you for your donation.


Something has gone wrong...

Click here to go back and review your details

Increase your impact by becoming a monthly donor

Leadnow is an independent organization funded by people like you. Our monthly sustainers allow us to focus on longer term impacts and work on deeper, systemic change.

Leadnow is sustained by thousands of small, individual donations from across the country. Can you chip in to help fund our hard-hitting campaigns?